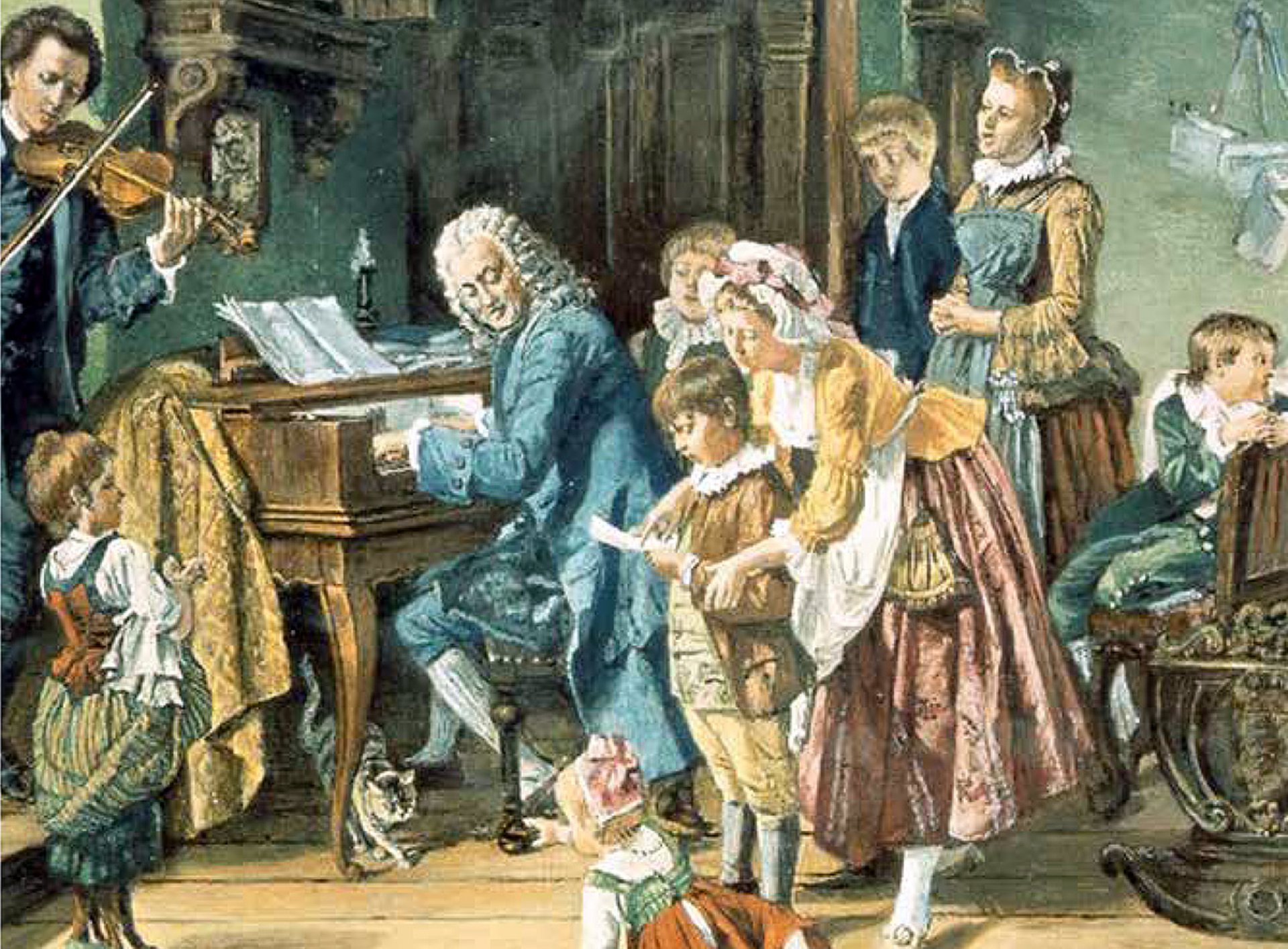 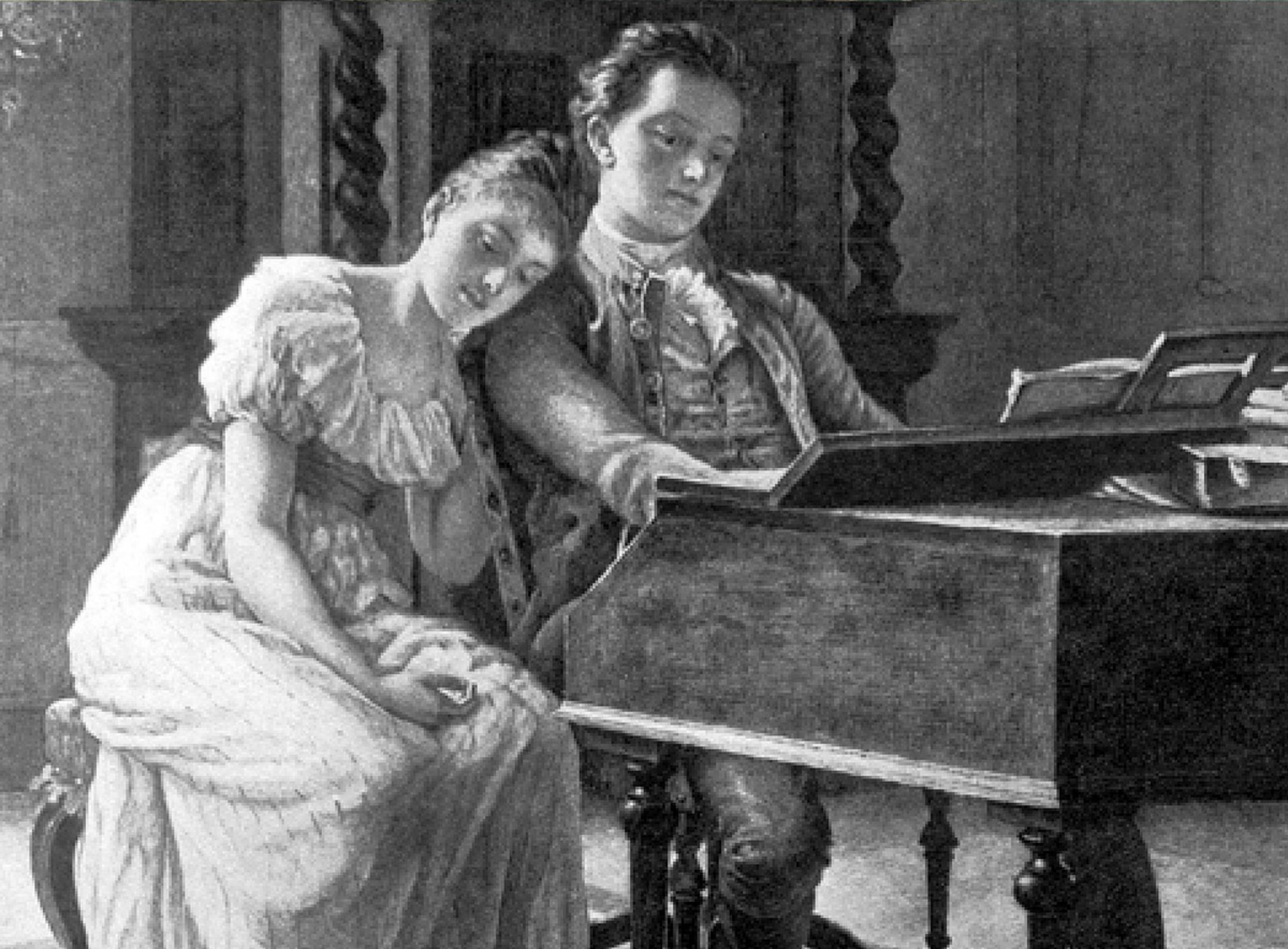 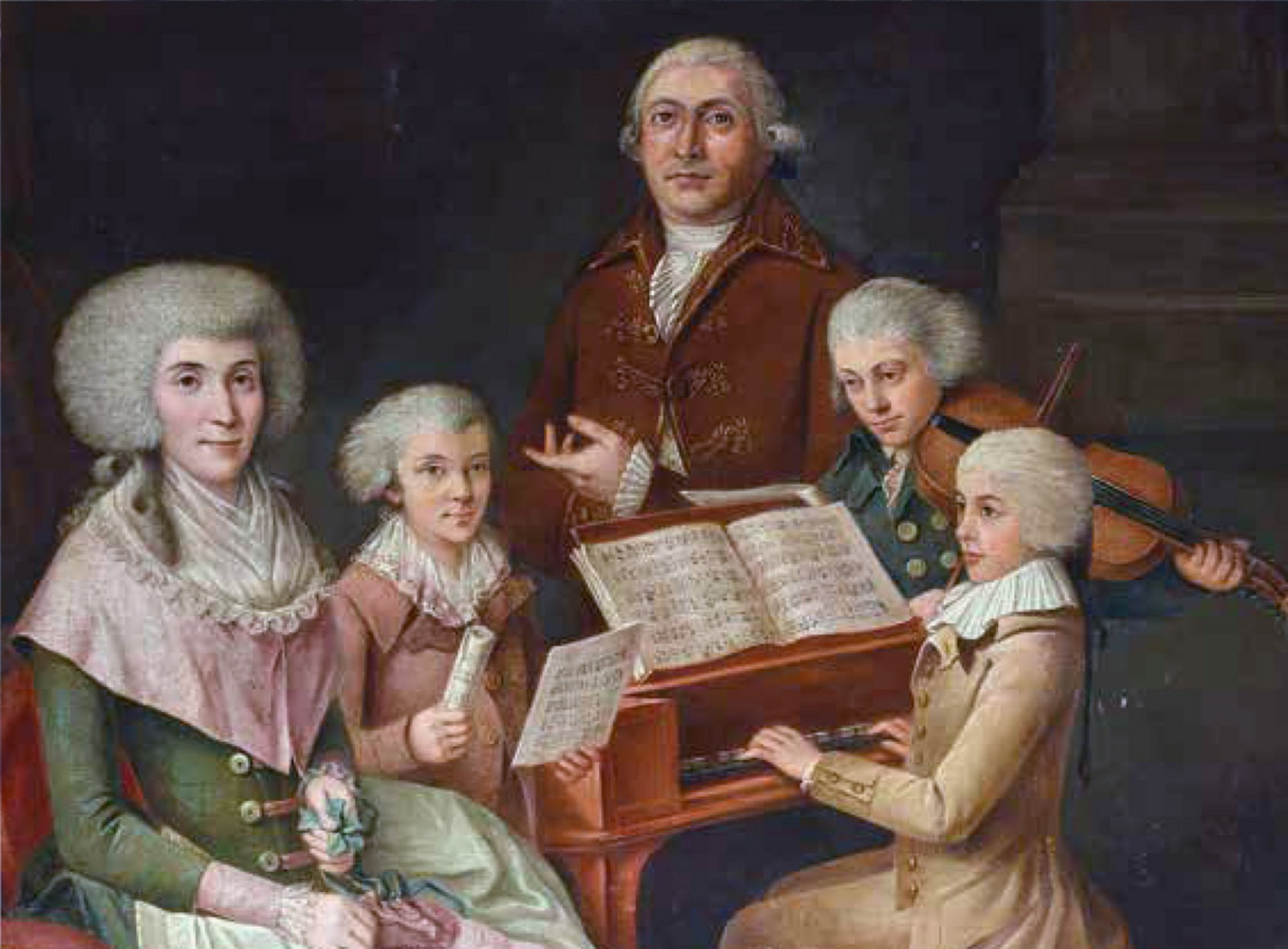 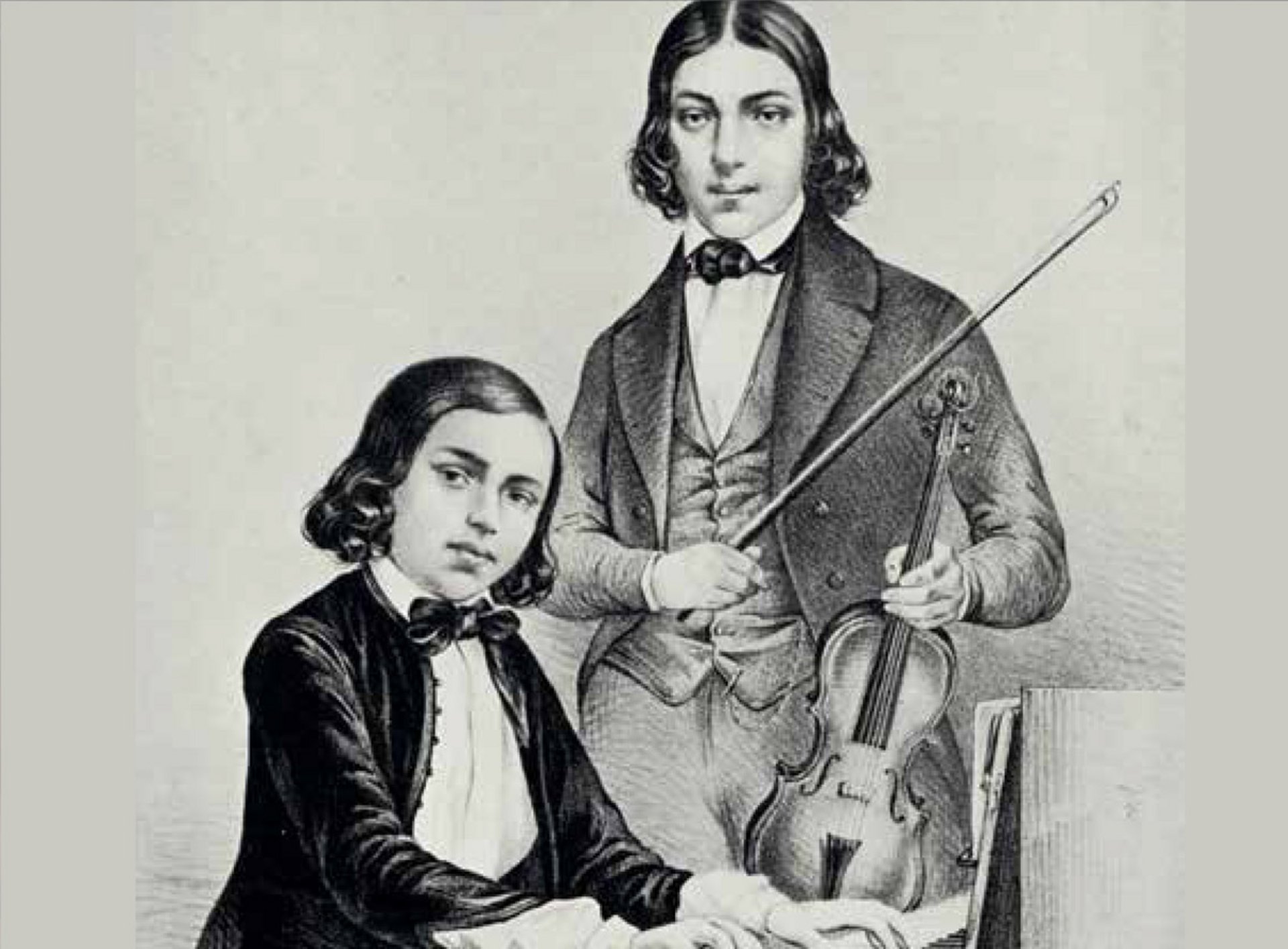 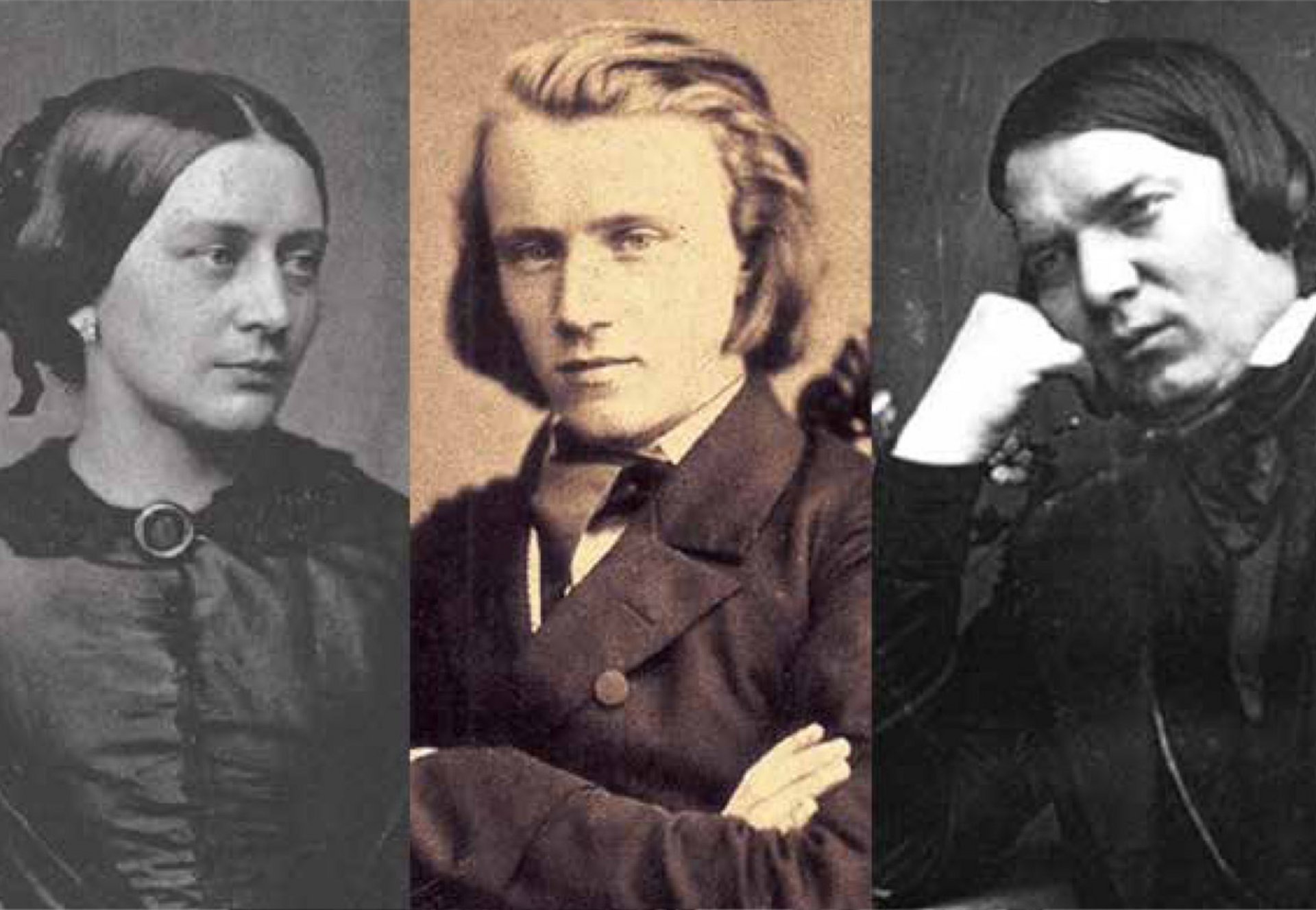 The Bach Family and Their Heritage

Johann Sebastian Bach was a hard worker. He worked hard at being a good composer, but also at being a good father. Of the twenty children he fathered, four became composers. Two of them feature in the first half of the programme alongside the grand master. Their music was celebrated during their lifetimes, and they enjoyed success not only because of their surname, but because of the quality of their music.

Not infrequently, the connection between teacher and student is as strong as the blood tie. Teachers sometimes regard their students as extended family, just as students in turn regard their teachers as mentors, thereby carrying the bond forward. Theodor Adorno said of Hanns Eisler that he was "the true representative of the young generation of Arnold Schönberg's students and, moreover, one of the most gifted of all young composers..."

The familial reference in Schönberg's Verklärte Nacht is inspired by Richard Dehmel’s poem on which the work is based. It tells of a woman who, in gnawing uncertainty about her family future, goes into the forest and emerges strengthened as a mother and wife.

Siblings raised as equals was a rarity in the 19th century, but Fanny and her younger brother Felix Mendelssohn both enjoyed a rich education from their parents. Fanny, like Felix, was praised and recognised for her musical talents. The values of the time, however, meant that the family was reluctant to support Fanny's desire to publish her works. The fact that Fanny could not "compete" with her brother on the compositional playing field was in good part the result of social prejudices and patriarchal customs of her time. Fortunately, times have changed, and scholars are interested not only in Fanny's phenomenally gifted brother, but in her as well. This concert presents both siblings at eye level.

The Mozart and Smetana Families

Minuet in D (Copiest L. Mozart, composed by W.A. Mozart)
A piano version of Menuet I from Violin Sonata No. 2 in D, K. 7

Families pass things down through generations. Leopold Mozart promoted the music education of his children and sacrificed his own career as a composer for it. He is remembered today above all as a great pedagogue, having written an important treatise on violin playing.

Collecting exercises for his daughter, whose nickname was “Nannerl”, Leopold penned exercises for her in a notebook, later copying down what four-year-old Wolfgang was composing. Our third concert at GAIA features excerpts from that notebook, which stem from Leopold’s imagination and that of his son, as the latter paid homage to his father.

Franz Xaver, Wolfgang’s son, in turn tried his hand at music, leaving behind approximately thirty works that are worth shining a light on.

The Czech composer Bedřich Smetana occupies a prominent place in the history of his country, as his musical style is closely connected with the efforts of cultural and political renewal, as well as the independence of the Czech Republic. His best-known orchestral work is "Má vlast" (From My Homeland), but his grand musical style was not only evident in his works for large ensembles. His works for solo instruments and chamber ensembles are equally evocative. His beloved wife Kateřina Kolářová was a pianist – one of her very few works is included in this programme.

Smetana’s young daughter Bedřiška, who showed signs of musical precocity, died of scarlet fever as a child. Smetana was deeply affected by this and dedicated his trio as an homage to her.

The Families and Mentors, Wieniawski, Enescu and Ysaÿe

Wieniawski was the teacher of Ysaÿe, who in turn was a teacher of Enescu. All were celebrated violinists and pedagogues from whom came many bravura pieces intended primarily for themselves.

Józef Wieniawski, as versatile as his brother Henryk, was celebrated as a unique piano talent. Unlike his brother, Józef's star has faded, and his works are performed far less frequently – unjustly so.
Perhaps burdened by the fame of her father Henryk, Irina Regina Wieniawska used male pseudonyms when publishing her works, most frequently the pseudonym "Poldowski." Her works, unlike those of her father and uncle, are experimental and exploratory, bolder, and more modern than her predecessors.

George Enescu, a student of Eugene Ysaÿe, was a phenomenon. He is considered by many to be one of the most significant talents of the last century. Although he was prolific as a composer, and some say as good a violinist as a pianist, there are only four works for voice in his oeuvre. One of these is the poetic "Sept Chanson de Clement Marot."

During the GAIA Festival, Ysaÿe's quintet, which was never printed and exists only as a handwritten original, will most likely receive a (Swiss) premiere 100 years after its composition.

The Schumann Family and Johannes Brahms

Among classical music composers, is there a more famous love story than that of Clara Schumann and Johannes Brahms?

The story of Brahms, twenty years younger than Robert Schumann, is one that is rife with admiration, expectation, inspiration, loss, and longing. Schumann saw Brahms as the foremost talent of his generation. Together with Schumann's pupil Albert Dietrich, Brahms cowrote the four-movement F-A-E Sonata. The dedicatee was violinist Joseph Joachim, whose personal motto was "Frei aber einsam” (free but lonely). Schumann's wife, Clara Wieck, was a celebrated and influential pianist whose career spanned more than sixty years. She pioneered Schumann's works and continued to include them in her concert programmes after his death. To this day it is not known whether the love between Brahms and Clara Schumann was a platonic one.

Zoltán Kodály and Béla Bartók have much in common, both being considered leading figures in the history of music. Ronald Masin, Gwendolyn Masin's father was a student of André Gertler at the Brussels Conservatory. Wieniawski and Ysaÿe had previously taught at the Brussels Conservatory. Gertler, in turn, was a close musical confidant of Bartók. Masin performs with his students: violinist Gina McGuinness, who studied with the Masins for almost twenty years, as well as violist Martin Moriarty.

The Dvořák and Suk Families

A concert in honour of a father, his daughter and son-in-law.

Josef Suk, the lesser-known composer of this programme, was a student of Dvořák. The latter had the greatest respect and a close relationship with his pupil, as evidenced by the marriage of his daughter Otilie to Suk. A work by Otilie will also be performed this evening. It is unclear whether she wrote any other works. While Dvořák is the most frequently performed composer in the Czech Republic, Suk's development into a significant composer was more restrained. The breakthrough to Suk's independent tonal language came only after the trauma of losing his father-in-law Dvořák and his wife within one year. He then dedicated the monumental symphony, “Asrael” to them. His piano quartet is an indulgent and enthusiastically musical work, typical of the Bohemian musical tradition.

You can unsubscribe from the newsletter at any time.